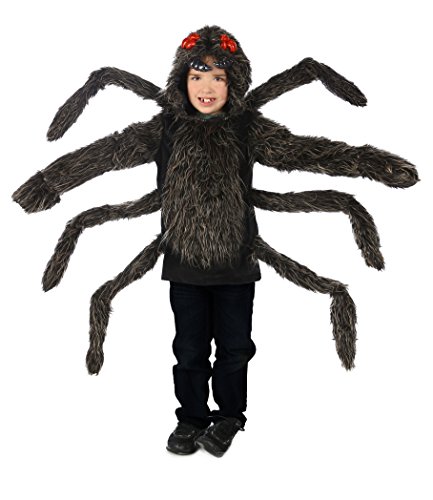 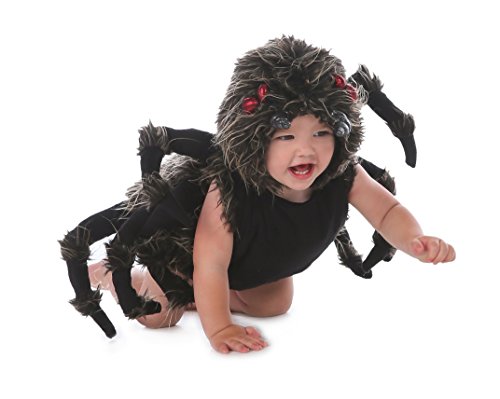 Part No: 4454PP_2 Bubble body with attached legs and hood. This baby spider is too cute to be scary! Bringing imagination to life, Princess Paradise has a mission to be a leading costume company in quality and design. Princess Paradise creates costumes for newborns to adults, something wonderful for every family member. 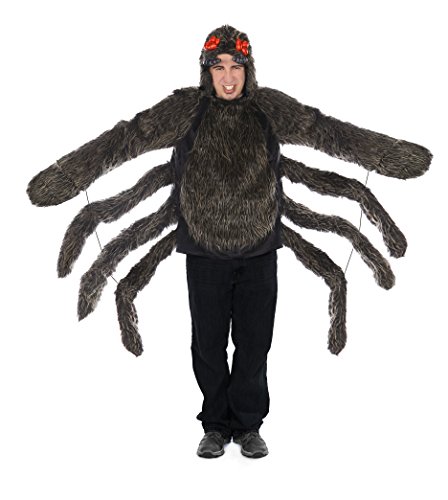 Part No: 4356ADLXL Adult tarantula hoodie is a creepy spider body costume with attached hood and six legs. Bringing imagination to life, Princess Paradise has a mission to be a leading costume company in quality and design. Princess Paradise creates costumes for newborns to adults, something wonderful for every family member. 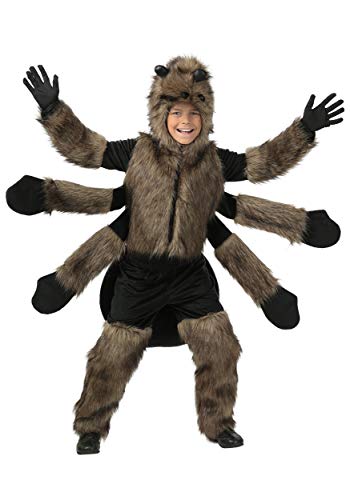 Part No: FUN2077CH Furry animals usually warrant comments like, "aw," "oooh," and "I want one!" The only exception to that rule would be a giant furry spider. For instance, if someone stumbled across a hairy arachnid they wouldn't say "aw," they would say, "ahhhhh" and most likely run in the opposite direction. But is that really fair to spiders? Maybe they'd like to be picked up and cuddled just like puppies and kitties? They can't help that they have eight eyes, eight legs, and the majority of the population finds them creepy, so they're going to need your help in order to change their image. Kids can help people warm up to spiders by wearing this furry spider costume to show them that eight legged insects aren't as scary as most people think. You can be the reason why people see arachnids in a whole new light. Soon everyone will be running to the pet store to adopt a furry spider instead of a furry kitten and it will all be because of you! This furry spider costume for kids is a full body costume that will transform young insect lovers into a web-weaving creature. Just zip up the jumpsuit and throw on the fuzzy headpiece and children will transform into an eight-legged insect. There are two arms sewn to the sides and a pouch sewn to the back of the costume so children will have a lifelike spider... 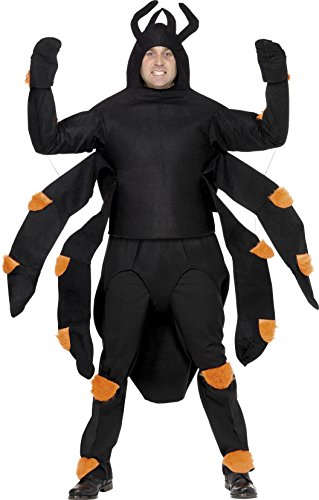 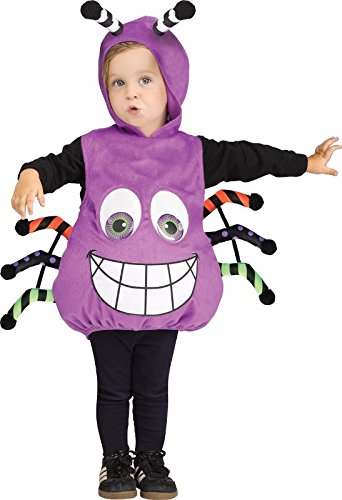 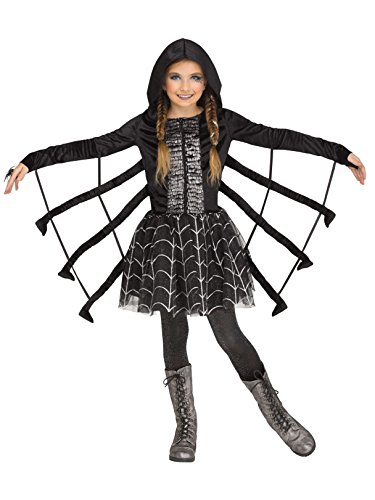 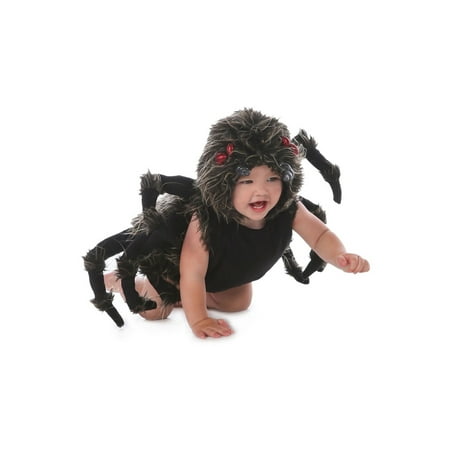 Creepy and crawly meets cute and cuddly with this charming spider costume. Featuring a plush bodysuit with attached legs and a furry character hood, this costume is perfect for a spooky Halloween night. Costume features:BodyHoodTights not included

Wear this Halloween costume to your favorite party.

The electrical fences and advanced technology of Jurassic World didn't stop the dinosaurs from escaping and terrorizing the visitors, just like nothing is going to stop you from having the best Halloween yet when you dress in this one-piece inflatable T-Rex suit. A built-in fan will keep you cool all night, so whether you're trick or treating through Jurassic World or you're going to a fun party with your friends, you'll be comfortable! You can also don this costume to the premiere of the upcoming film; you'll look so great, people will forget all about the movie and all eyes will be on you. 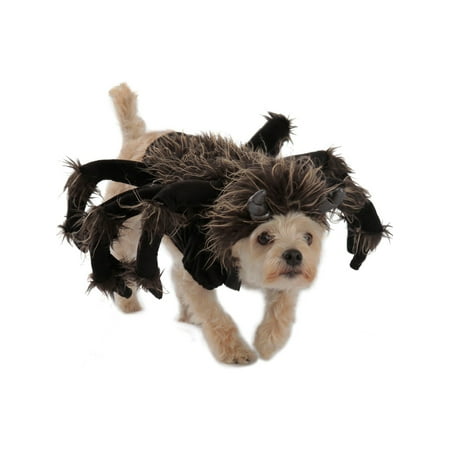 Turn your pup into a viral sensation with this hilarious tarantula costume. Prank your friends or dress up your pooch for Halloween! This costume is just what you need to transform your pet into one creepy crawler! Item features:One dog costume 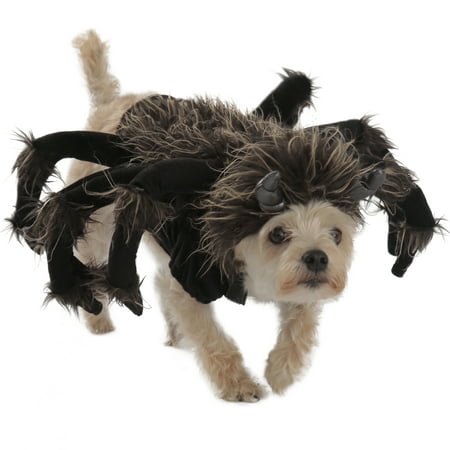 Have you always wanted an exotic pet, but opted for a more common one instead? This Halloween, you can have both! Turn your dog into a species of the “creeping crawling” kind. This tarantula costume is made with a black plush fabric. The hood, body, and all six legs are made from a black and tan fur for that authentic tarantula look. 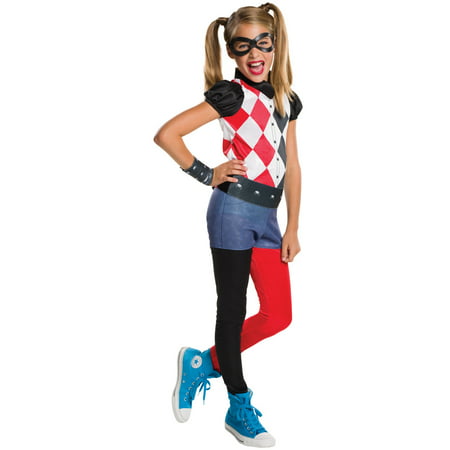 Every Clown Prince needs a Princess! Dress your girls up as the popular DC Superhero Girls Harley Quinn Costume L! Rock the diamond pattern shirt, edgy wrist cuffs, eye mask and black and red leggings. The bad girl shorts have a spiked belt right on top. Get your Harley on and get it today! 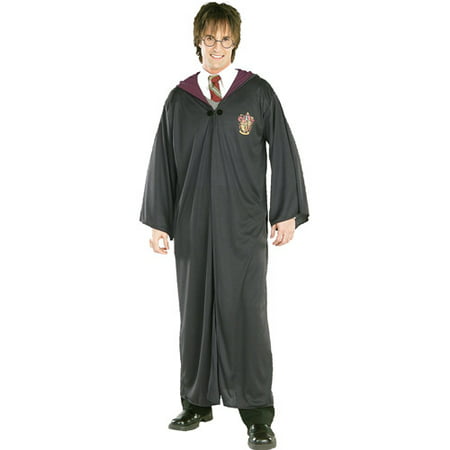 Complete your Hogwarts attire with this Harry Potter Robe Halloween Accessory. This adult-size robe features the Gryffindor emblem and is made out of a poly-cotton blend. Now you can dress up as your favorite character from the Harry Potter book and film series. This adult costume robe fits most adults. Add a magic wand, a spell book or a scarf (not included) to make this costume even more authentic. Enjoy a magical evening in this adult costume accessory.<br> 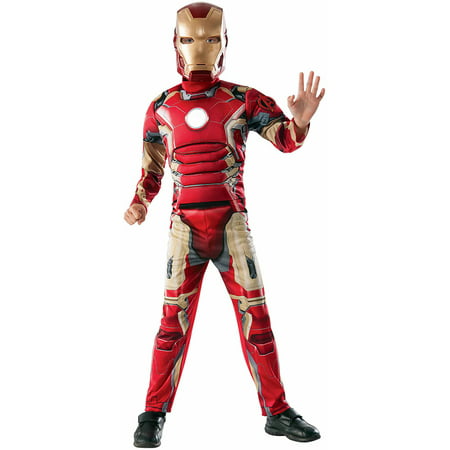 Live out the Avengers fantasy and suit up as the high tech crime fighter and get ready to battle it out in this Avengers Age of Ultron Iron Man Muscle Chest Costume. 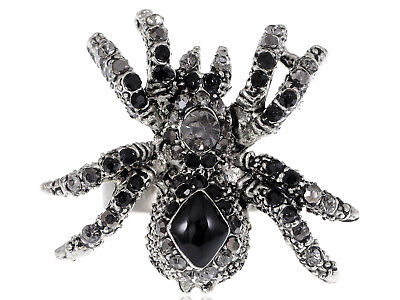 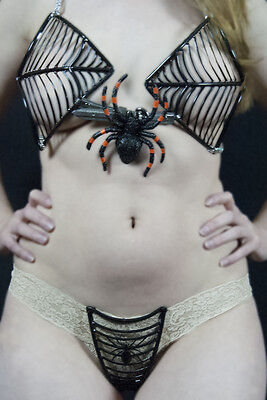 Tas will show you how to make an easy Spider Halloween costume! Supplies you will need: Black tube socks Black pants Black long sleeve shirt Paper Safety pins Scissors String and or fishing line A very simple and easy way to make a last minute costume! THANKS FOR WATCHING! SUBSCRIBE FOR MORE!...

Dude shows off his horrifying full-body spider costume for Halloween!

Would you give this little creepy crawly some peanut butter cups if he showed up at your door for Halloween?! It's super creepy! Source & embed code: https://rumble.com/v6nwbv-time-to-break-this-out-again-for-halloween.html. For licensing, please email [email protected]