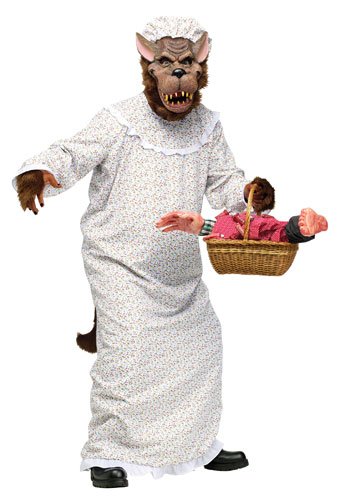 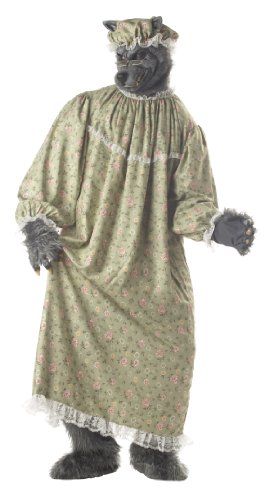 Part No: CS929642 This Big Bad Wolf costume includes mask, gloves, shoe covers, grandma night gown and cap. This Big Bad Wolf costume comes in adult size One Size. Gold rim grandma glasses sold separately from this granny big bad wolf costume for men. Please note: This item's color may vary due to inherent manufacturing variations or your computer monitor's color settings. The item you receive will be identical or substantially similar to the item pictured in this listing. 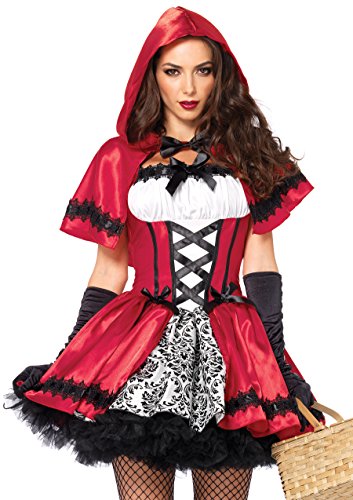 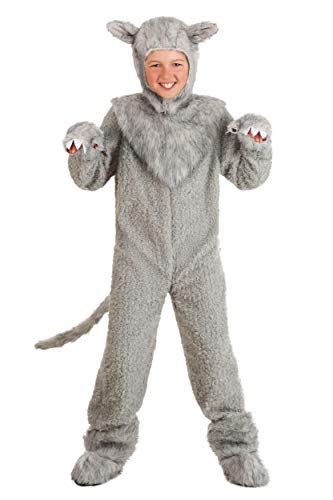 Part No: FUN2689CH This Kids Wolf Costume could be a fun part of a fairy tale duo or group. Act out Little Red Riding Hood or The Three Little Pigs by getting a Riding Hood costume or 3 pig costumes for his friends or siblings! - Bodysuit w/ Attached Gloves - Headpiece - Pair of Shoe Covers 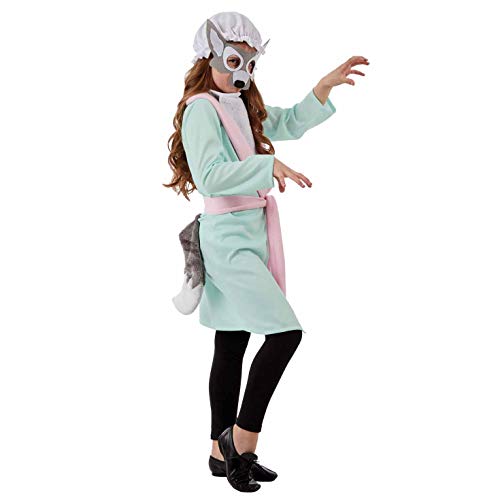 Part No: FNK4458S-US KIDS GRANDMA WOLF RED RIDING HOOD COSTUME: Your kids can act out their favourite fairytale with this fun costume featuring the big bad wolf disguised as Little Red Riding Hood’s grandma. Great for school plays, Book Week and Halloween, this unisex costume is perfect for inspiring hours of imaginary play. FUN SHACK - Brought to you by Fun Shack, we supply hundreds of unique costume designs in various sizes to suit every occasion! Whatever outfit you decide on, you can buy from us with confidence, knowing that you will receive a high quality and exceptional outfit. RETURNS - All of our costumes come with our famous no-quibble, 30-day money back guarantee! Simply follow the returns process outlined by Amazon and one of our colleagues at Amazon will handle your return from start to finish. All that we ask is that you return the costume in saleable condition with all of the outer packaging and tags enclosed. 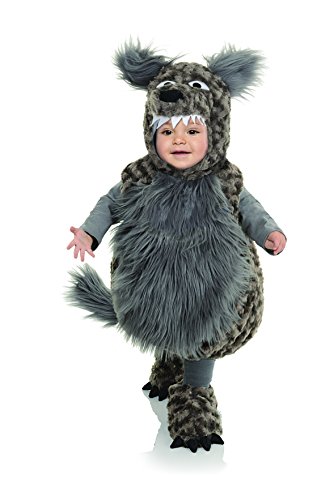 Part No: CS810110/XL This adorable Halloween Wolf costume is perfect for Trick-or-treating, themed family photos, parties, and any other dress up occasion. So soft and cute your little animal lover won't want to take it off also making it perfect for hours of imaginative play. Made of a soft whirled chenille design. The plush body has velcro closures allowing for easy and effortless diaper changing. The darling Wolf look is completed with the detailed hood and shoe covers. This material is so soft and cuddly it is literally made from a lightweight baby blanket material with cooling fiberfill to keep your Belly-Baby happy and comfortable. Designed to be worn over clothes in cold weather conditions if necessary. Available in Toddler Sizing Medium (18-24 Months), Large (2-4), and X-Large (4-6). 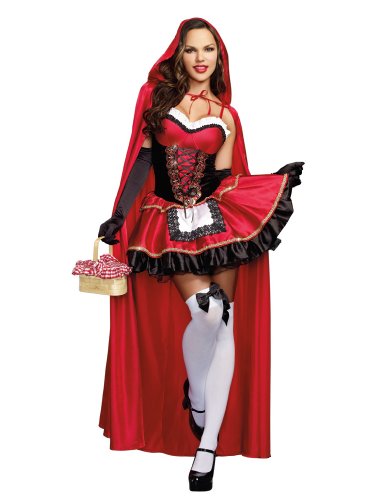 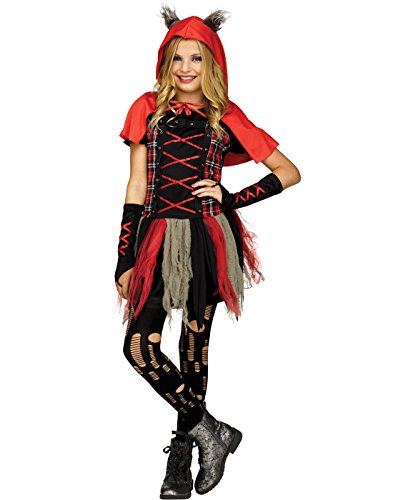 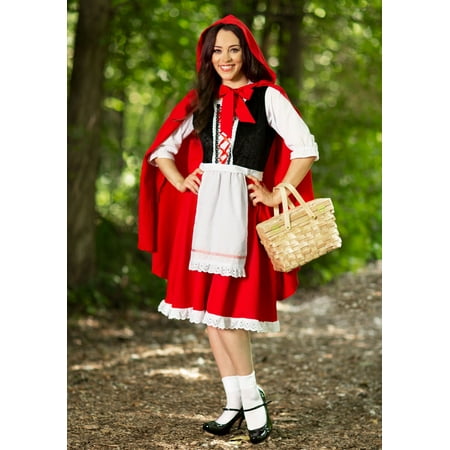 Attention local wolves: This Adult Little Red Riding Hood Costume looks so much like the real thing, you might be tempted to make a run to grandma's house yourself and set things in motion. This costume is NOT real, we repeat, NOT real. Don't make a fool of yourself and start something you're not prepared to finish. This is not, in fact, the real Little Red Riding Hood. Local wolves, you've been warned. 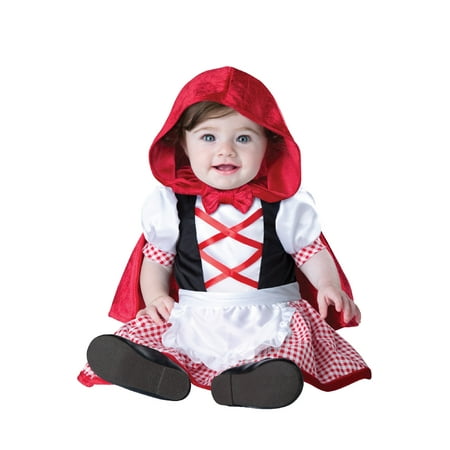 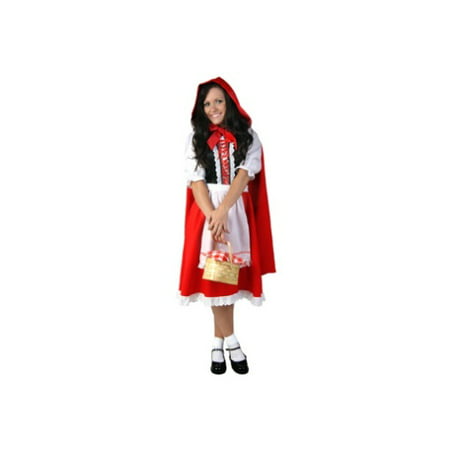 Be careful on your way to grandmother's house, I heard there was a hungry wolf lurking in the woods! Now you can be your favorite storybook character when you wear this Plus Size Little Red Riding Hood Costume. Pair it with a big bad wolf costume for a unique couples' costume, or pick up a basket to complete the look! 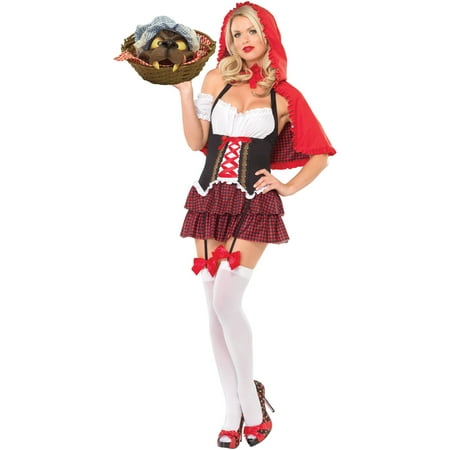 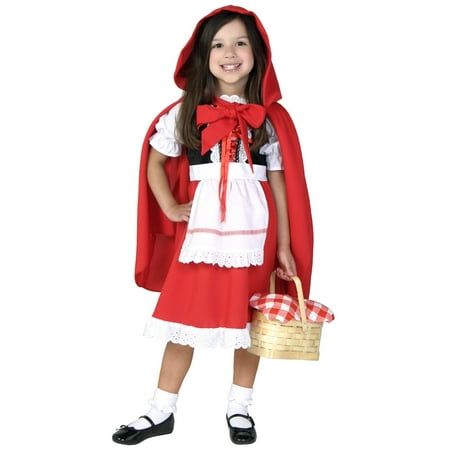 Before Red Riding hood headed off to her grandma's house and decided to take a short cut she had to get her name from something! So her mother went to the store years before that in order to pick out some outfits for her. As she was walking she saw many colors; there was blue, yellow, orange, green, but none of them seemed to be any good. Finally she turned down an aisle and found a rack filled with the most beautifully colored clothing she had ever seen. There were hoods and dresses all made with a rich, deep red. Dolores' (That was red's name at the time) was so enchanted by this color that she not only purchased an outfit for Dolores that year but she bought every size they had so she could wear it every day of her life. Luckily Dolores really liked the color and went along with it and thus she became known as Little Red Riding Hood. Now we wouldn't recommend buying out our entire stock of this costume for your child. (Although we wouldn't be complaining!) No, the lesson of this story is that your little girl will look fantastic in this Deluxe Child Little Red Riding Hood Costume. She'll be just so cute you'll want to eat her up (but don't, the woodcutter might have a thing or two to say about that.) Try checking out all of our other fairy tale themed costumes that. We're sure you'll find one for every member of the family! 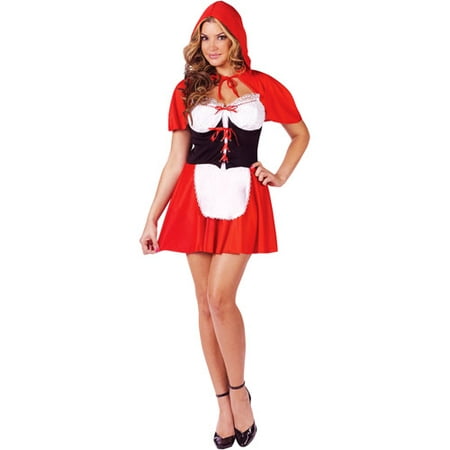 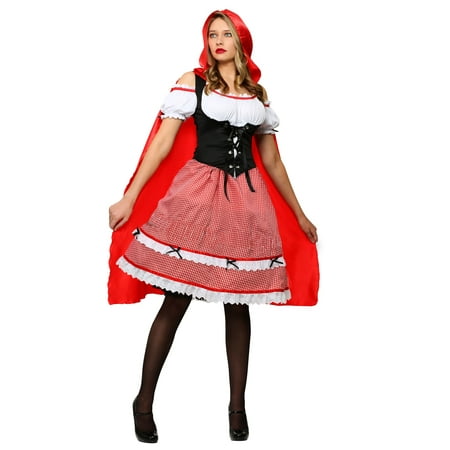 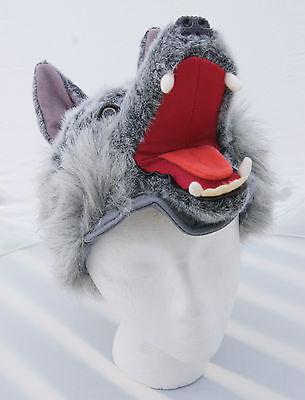 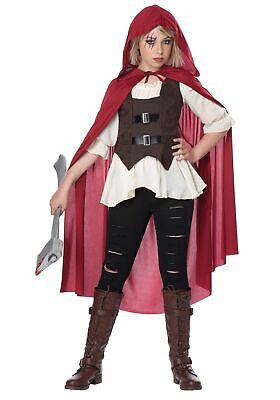 My twist on little red riding hood for Halloween 2015, inspired by my favourite Threadless Tee. The prosaide transfer scratch video can be found here: https://www.youtube.com/watch?v=LUbX6v1jmSU&feature=youtu.be. Subscribe to get updates when new videos are released: http://bit.ly/1QHJigm C O S ...

It's almost Halloween!!!! Ahhhhh :) make sure to send me a picture of your Halloween costume this year because I wanna see it! Love you guys :) xoxo, Beth Here's my links! So we can chat all day err day..hehe :) Instagram: Bethanynoelm My Twitter!- http://twitter.com/macbarbie07 My Facebook...

DIY EZ Robots Lal & Artamus dress up for Halloween. Artamus is fitted with a new servo and special hardware to activate his mouth for speech. Both robots wear costumes and have new interacting script coding for Halloween. Alexa narrates the story controlled by Alexa Blueprints DIY skill.